Alison has loved board games since was young. When she met Justin she described herself as exceptional at playing Connect 4. Justin laughed and said that there was no skill in Connect 4. After being beaten 9 times in a row, Justin realised that there is skill involved in games and fell in love with Alison. They have been happily married ever since.

More recently Justin has become obsessed with board games. Having gone to art school, he is a bit of a sucker for some great art work. He is also in the process of developing his own game.

Nowadays Justin and Alison spend whatever time they can playing board games, mostly with each other. Their extensive game collecting makes them think they are something of a game magnet. You know, because hot games are attracted to them. 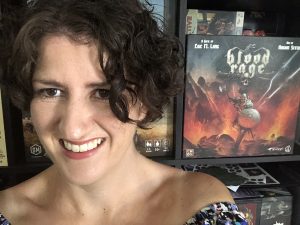 It’s safe to assume all the links on this site are affiliate links. it doesn’t cost you anything, we just get a kickback.  we love money, and money loves us it’s attracted to us, just like games.

We use cookies to ensure that we give you the best experience on our website. Do you accept cookies from our website?OkNoPrivacy policy
You can revoke your consent any time using the Revoke consent button.Revoke consent